“We would recommend Jason as a great corporate entertainer suitable for any audience. Jason performed at two separate MTS events for us in one month and was professional, very funny and great to work with. His material was suitable for a corporate audience and his hilarious crowd interaction made everyone feel like a part of the show.”  – MTS Inc. (Manitoba Telecom Services)

“Jason Beck did an excellent job at our corporate Christmas party.  I would recommend him to other corporations looking for a comedian who will go that extra mile. He tailored his act to our company, and engaged and involved the audience in a way that made everyone enjoy his humor. Thanks again Jason, we all had such a great time!”
– 4L Communications Inc.

“Jason performed for our Chamber of Commerce Christmas Party.  He was a great choice for our event. Completely professional, respectful and, most importantly…funny!  Our group was very diverse, from construction laborers to business owners, professionals and seniors, and everyone enjoyed the show.” – Erickson Chamber of Commerce

“We hired Jason for our company Christmas Party this year and were very happy with our decision. He mixed his prepared material with crowd interaction very well, having the audience laughing the entire show …….. and the material was totally appropriate for our company event. We would recommend Jason to anyone considering him for their corporate function.” – B&B Dynamo & Armature Ltd.

“Jason did a great job of tailoring his act specific to our company and obviously had done his research beforehand. The entire audience was engaged for the entire performance, even though it was a very mixed crowd. I would definitely recommend Jason for other corporate events as well as any other event.” – Atom-Jet Industries

“I would really recommend Jason to do a comedy show.  From when he first called, I knew by ask the questions he asked that his show would be very personalized, and that it wouldn’t be ‘one size fits all.’  He kept the audience engaged the whole time and was entertaining from start to finish!” – Minto Co-op

“Jason did a great job interacting with the audience and targeting specific people to get the right reactions. Our team really enjoyed that part of the routine.”   – Bothwell Cheese

“We were very happy with Jason’s comedic skill and his ability to act as a guest judge for our 12th annual Thunder Bay Comic Idol. Jason’s stage performance and routine was very funny from start to finish. I would recommend him to any fundraiser and hope he has an opportunity to join us again.” – Fort City Kinsmen

“We really enjoyed having Jason at our Christmas party. He is very funny and keeps the crowd engaged and involved. Very good at spontaneous dialogue.”  – Kal Tire

“I would recommend Jason as a valuable entertainer and comedian capable of supplying any organization with an evening of laughs. His material was witty and clever and the crowd was relaxed and smiling.” – Keystone Agricultural Producers

“Jason Beck made our Christmas party a fun event for all. The jokes kept coming and his crowd interaction was some of the funniest I’ve ever seen.”  – St. Rose General Hospital 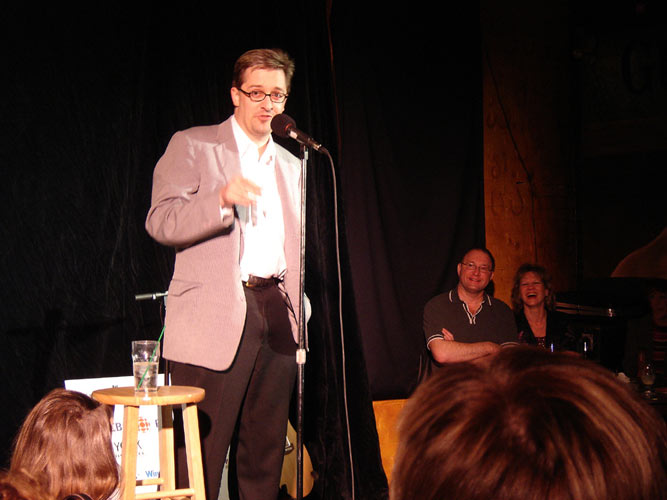