Making audiences laugh
for more than a decade!

Prior to every show, all clients are pre-interviewed to ensure that the show is customized to meet the specific needs of your event. The result is a comedy performance that combines the right material with hilarious audience interaction. 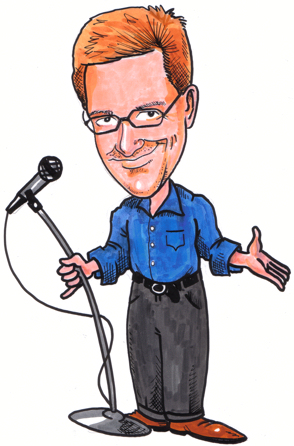 “I would recommend Jason as a valuable entertainer and comedian capable of supplying any organization with an evening of laughs. His material was witty and clever and the crowd was relaxed and smiling.”
– Keystone Agricultural Producers

“We would recommend Jason as a great corporate entertainer suitable for any audience. Jason performed at two separate MTS events for us in one month and was professional, very funny and great to work with. His material was suitable for a corporate audience and his hilarious crowd interaction made everyone feel like a part of the show. ”
– MTS Inc. (Manitoba Telecom Services)

“Jason Beck did an excellent job at our corporate Christmas party. I would recommend him to other corporations looking for a comedian who will go that extra mile. He tailored his act to our company, and engaged and involved the audience in a way that made everyone enjoy his humor. Thanks again Jason, we all had such a great time!”
– 4L Communications Inc. 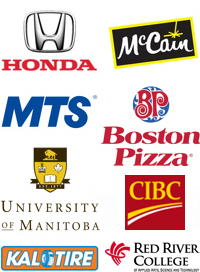